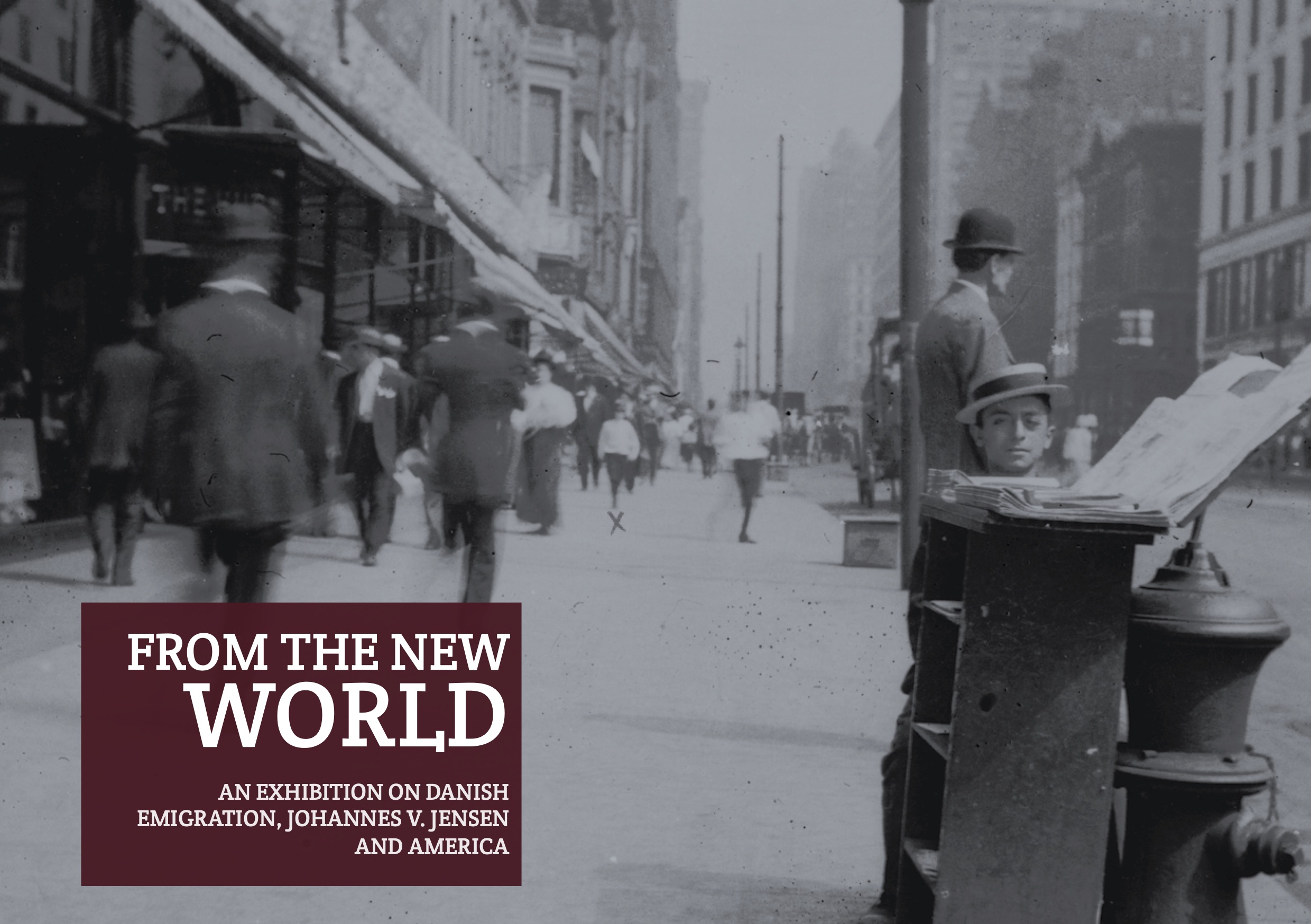 The exhibition is on display at The Danish Emigration Archives in the fall of 2020 and at Johannes V. Jensen og Thit Jensen Museet in the spring of 2021.

Close to 300,000 Danes chose the path of emigration in the period 1850-1920. Most set out to cross the Atlantic. For generations of Danes, America was The Promised Land, symbolising a new world of freedom and possibilities for everyone.

Nobel-Prize winning author Johannes V. Jensen was one of the many Danes that boarded the Atlantic steamers. Spending the money earned from his debut novel, he travelled to New York in September 1896.

Johannes V. Jensen failed to join the ranks of Danes who settled in the New World, but he visited America seven times over the next half century. His fascination with the American way of life and his writings on America would make a considerable contribution to how America was perceived by the Danish public in the course of the 20th century.

The display of photos from The Danish Emigration Archives and texts by Johannes V. Jensen show both the American Dream and its everyday reality at the beginning of our own time.

Photos by emigrants offer a first-hand impression of life for those who chose to start over in America. Texts by Johannes V. Jensen provide a vivid expression of the America that shaped so much of modern society.

Seen together, photos and words offer a unique characterization of the New World and shed a light on how American society and culture became an inseparable part of Danish History in the 20th century.

Start your tour of the exhibition here...